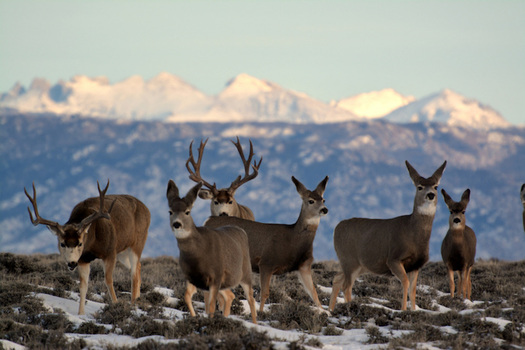 A 2019 poll by the National Wildlife Federation found nearly 85% of respondents in New Mexico said they’d like to see increased efforts to safeguard wildlife corridors. (dog.gov)

Deubel said in the Gila region, all kinds of species are moving between New Mexico and Arizona – but it isn’t a seasonal migration. Instead, big-game animals are looking for water.

Forest fires, many due to climate change, also affect big game migration in New Mexico. That’s another important reason to maintain habitat connectivity, according to Nicole Tatman – big game program manager with the state’s Department of Game and Fish.

“Animals will move out of an area when a wildfire is occurring,” said Tatman. “But they’ll move back into that area after the fire has gone and maybe rains have come and brought up some green vegetation that they can take advantage of.”

In addition to wildfires, drought can make finding that green vegetation harder for big-game animals, according to Matthew Kauffman, wildlife researcher with the U.S. Geological Survey.

“Drought disrupts that ‘green wave,’ and makes it more difficult for animals to surf,” said Kauffman. “They still try, they do their best given the drought conditions, but they just can’t be in the right place at the right time.”

Support for this reporting was provided by The Pew Charitable Trusts.