Prosecutors investigated Julian Assange, WikiLeaks, and Roger Stone for the hacking of Democratic National Committee servers as well as for possible campaign finance violations, but ultimately chose not to charge them, newly released portions of the Mueller Report reveal.

Although Wikileaks published emails stolen from the DNC in July and October 2016 and Stone — a close associate to Donald Trump — appeared to know in advance the materials were coming, investigators “did not have sufficient evidence” to prove active participation in the hacks or knowledge that the electronic thefts were continuing. In addition, federal prosecutors could not establish that the hacked emails amounted to campaign contributions benefitting Trump’s election chances and furthermore felt their publication might have been protected by the First Amendment, making a successful prosecution tenuous.

The fresh details of special counsel Robert Mueller’s decision not to charge Assange, WikiLeaks, or Stone for their role in influencing the 2016 election come just a day before voters head to the polls for the 2020 presidential election.

The material sheds new light on the seriousness with which the special counsel investigated the hacks of Democratic party computers. In July 2018, Mueller indicted 12 Russian officers belonging to the Kremlin’s intelligence directorate, the GRU, for the theft and distribution of those emails.

The role that Stone and Assange may have played in the hacks or their distribution has been the subject of much speculation. Little, however, was known about how intently the special counsel focused on those individuals as possible targets for prosecution during the two-year investigation into Russian election interference. But a new version of the 448-page Mueller report released Monday by the Justice Department contains previously redacted sections on 13 pages, nearly all of them dealing with events surrounding the hacked emails and their eventual publication. 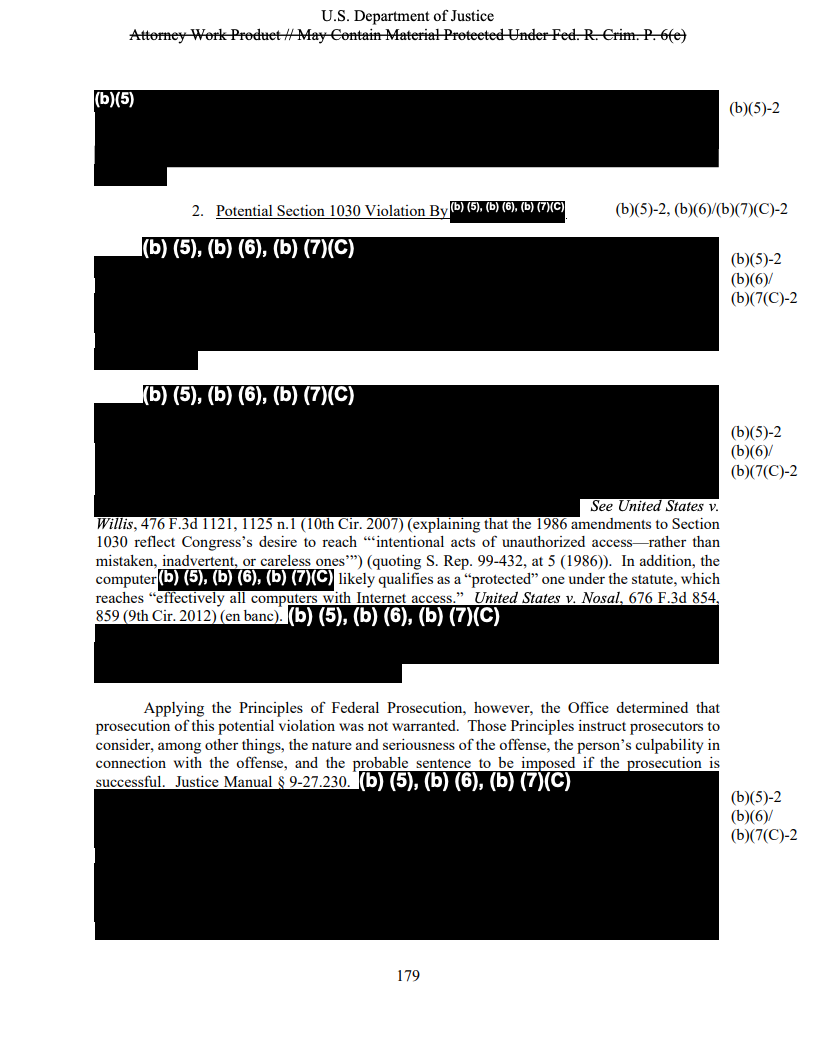 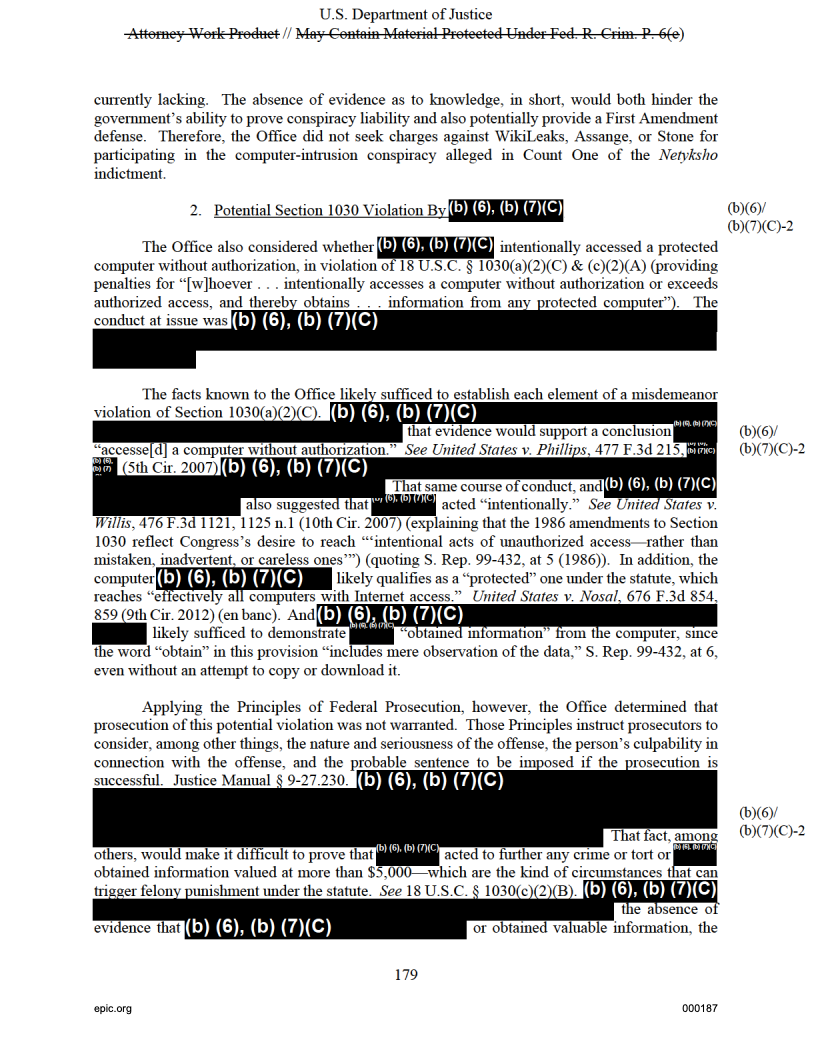 The passages were disclosed in response to a Freedom of Information Act lawsuit, filed by BuzzFeed News and the advocacy group Electronic Privacy Information Center, that called on the government to release the report in its entirety. In September, a federal judge ruled that while some parts could still remain hidden, the government had violated the law by withholding portions dealing with internal discussions among prosecutors. The judge ordered the Justice Department to release relevant sections by Nov. 2.

The fact that prosecutors elected not to file any charges in that matter is an apparent vindication for both Assange and Stone. But Mueller, writing in early 2019, did not completely absolve either man, noting in a newly unredacted footnote that there were “factual uncertainties” that were “the subject of ongoing investigations” by the US Attorney’s Office for the District of Columbia.