On Nov. 1, 1962, the Soviet Union launched the Mars 1 spacecraft on a mission to fly by the Red Planet. While it did end up flying by Mars, the mission was not exactly a success.

© Provided by Space
A model of Mars 1, a Mars flyby spacecraft launched to the Red Planet by the Soviet Union on Nov. 1, 1962.


A Brief History of Mars Missions

After Mars 1separated from the rocket, it deployed its solar panels and started cruising toward Mars. When mission controllers were checking out the telemetry it transmitted back to Earth, they found out that Mars 1 had sprung a leak in one of the gas valves that controls the spacecraft’s orientation.

And without a working orientation system, Mars 1 would have a hard time pointing its antennas in the right direction. It lost contact with Earth when it was about halfway to Mars.

Catch up on our entire “On This Day In Space” series on YouTube with this playlist.

On This Day in Space Archive!

Still not enough space? Don’t forget to check out our Space Image of the Day, and on the weekends our Best Space Photos and Top Space News Stories of the week.

GREENWICH — A recently obtained email sent on behalf of the union representing teachers in the Greenwich Public Schools to the district highlights the ongoing rift between special education educators and parents, who are on one side, and school administrators, on the other side.

According to the letter, which the Greenwich Time procured through a Freedom of Information Act request, the union says the school district is failing to adhere to its collective bargaining agreement, board policies, and state and federal regulations in its delivery of special education services.

The Executive Board of the Greenwich Education Association, the union representing teachers, issued a letter on Sept. 22 to Superintendent of Schools Toni Jones calling for the immediate remedy of the alleged violations. In one of the strongest allegations, the letter says educators have been directed to persuade parents to make changes to their children’s Individualized Educational Programs (IEPs), which lay out goals and educational requirements for students with learning disabilities.

“As you are no doubt aware, this is a clear violation of the IDEA (Individuals with Disabilities Education Act) and the process for developing IEPs for students,” the letter states.

The letter also alleges that teachers assigned to live instruction have been asked to take on additional responsibilities and service hours, which are not possible to provide without exceeding the contractually mandated workday, since students have returned to classrooms during the COVID-19 crisis.

“We request that the caseloads be adjusted to ensure the legally required services will be delivered in accordance with our collective bargaining agreement,” the letter states.

GEA’s call out comes at a time of intense scrutiny of the district’s special education services.

Complaints lodged by special education parents for more than a year have hit a fever pitch in recent weeks, as the school district has scrambled to adjust to educating students during the pandemic. Longstanding issues have only been exacerbated with students learning remotely, parents and the teacher’s union have said.

The Board of Education also recently approved a large-scale audit of the department, which began this month. And, at its Thursday meeting, the school board was presented with a report on a 2019-20 study by educational consulting firm Key2Ed, which focused on the IEP process and relationships between parents and educators.

The report, a draft of which was made available for the first time this week, reinforces the criticisms and concerns of parents and teachers around the special education process. Among other things, the report underlines parents’ general mistrust of the district in regards to special education and Greenwich Public Schools’ perceived failure to communicate and provide adequate services. 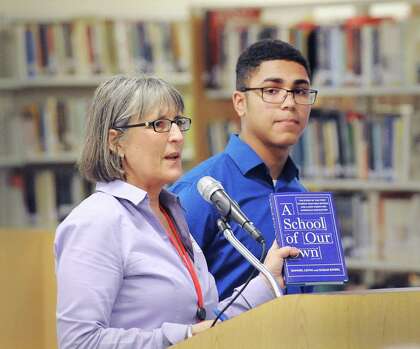 On the same day the GEA letter was submitted, Superintendent of Schools Toni Jones responded via email to GEA President Carol Sutton. The communication was also obtained through the Freedom of Information Act.

Chicago Public Schools announced Friday that all students will continue with remote learning when the second quarter starts in November but that some of the district’s “most vulnerable” children will begin returning to schools before the end of the calendar year.

© Erin Hooley / Chicago Tribune/Chicago Tribune/TNS
CPS says pre-kindergartners and some special education students will be the first to return to school but they haven’t said when.


A CPS news release did not specify when the first students — those in pre-kindergarten and some in special education — will begin phasing back in to in-person learning, saying administrators will make that decision in consultation with public health official “closer to the start of the second quarter” on Nov. 9.

But officials said the goal is to “add additional grades as early as January. Later this year, the district will be engaging parents in other grades to assess their interest in returning to classrooms.”

The Chicago Teachers Union immediately vowed to fight the plan, with CTU attorney Thad Goodchild calling it “Ill-timed, reckless and illegal” and vowing that the union will use “all available resources” to roll it back.

The union, which went on strike a year ago, did not specify its next move. But leaders and members said Mayor Lori Lightfoot is shirking her responsibility to protect Chicago citizens and pointed to metrics showing the pandemic is worsening and aren’t within the parameters officials outlined over the summer. They say CPS hasn’t done enough to make buildings safe or been transparent about COVID-19 cases tied to schools.

“We also know mayor and CPS has yet to invest the dollars necessary to open safety,” she added, citing a “conservative estimate” of $1 billion.

“We cannot experiment or take lightly the responsibility we need to see from mayor,” Davis Gates said. ” … I resent that we are always made the be the heavy in this.”

But CPS officials cited equity as one of the main factors in the decision, saying the COVID-19 pandemic “has greatly increased inequities in the district.”

The district pointed to new data it said shows that pre-kindergarten, special education and Black and Latino students “are attending school at significantly reduced rates relative to prior years and other students this school year.”

CPS said it decided to use a phased-in approach, starting with preschoolers and students in “intensive and moderate” special education programs, because those “require a significantly modified curriculum with support in a separate classroom from general education peers for the majority of the day.”

Those are the students

The Fremont Union High School District is a high-performing district that has done solid work in managing its finances.

The district’s long-time superintendent, Polly Bove, crafted a collaborative approach to negotiations with collective bargaining units that has resulted in faculty and staff benefitting when Fremont Union keeps its finances in order.

Trustees placed Measure M on the Nov. 3 ballot seeking voter approval to renew the district’s tax of $98 per parcel for eight years. The tax would provide about $5 million annually, which the district intends to use primarily to attract and retain teachers and staff.

In addition to the parcel tax, property owners pay a yearly levy that covers the cost of school construction bond payments. That tax is $47.80 for every $100,000 of assessed valuation. For the owners of a home with an average assessed valuation in the district of $937,796, that works out to $448 annually.

Fremont Union voters should reward the district’s prudent use of resources by approving Measure M.