New Jersey Gov. Phil Murphy has nominated Dr. Brian Bridges as the next Secretary of Higher Education, according to NJB Magazine.

Bridges is currently the vice president of research and member engagement at the United Negro College Fund (UNCF). He was formally the vice provost for diversity, access, and equity at Ohio University.

“Dr. Brian Bridges has the vision and experience needed to put a college education within reach for more students, including continuing our highly successful Community College Opportunity Grant (CCOG) program,” said Murphy. “I know he’ll be a fierce advocate for our students and will work closely with both public and private college and university leaders to expand opportunity while promoting equity and access for all.” 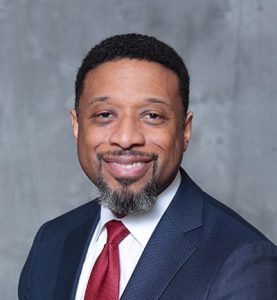 Bridges said he is humbled by the appointment.

“I have a deep and abiding faith in the power of colleges and universities to not only provide life-changing educational experiences but to also serve as economic engines and hubs of innovation and intellectual discovery,” said Bridges. “I look forward to working with leaders across the Garden State to develop and refine policies and practices that further improve student success, create efficiencies of scale, and strengthen the higher education enterprise.”

Bridges is scheduled to begin his new role on Nov. 16, 2020 pending confirmation from the New Jersey Senate.

If confirmed by the full state Senate, Allen-McMillan will be tasked with leading the state’s nearly 600 school districts through what may be a second wave of the coronavirus pandemic.

Allen-McMillan’s nomination will be officially announced Tuesday morning, according to a spokesperson for the governor’s office. She will serve as acting commissioner until her confirmation.

If confirmed, she would replace former Commissioner Lamont Repollet, who stepped down in July to become president of Kean University.

“From day one, I pledged to select a Commissioner of Education with experience in public education. We fulfilled that promise through the nomination of Dr. Repollet, and maintain that promise today,” Murphy said in a statement. “A product of New Jersey’s public schools, Angelica has worked at all levels of education and knows exactly what our teachers and students need to succeed. She is an exemplary educator and I’m confident she is the leader we need to carry our school communities through the remainder of this pandemic and beyond.”

Her background: Allen-McMillan, 51, has served as Morris County’s interim executive county superintendent since 2018 and has spent more than 25 years working as a teacher and administrator in schools across Essex County.

She was also previously a life and physical science teacher in the East Orange School District, the executive director of the Marion P. Thomas Charter School in Newark, assistant principal of Clinton Elementary School in Maplewood and principal of the Marshall School in South Orange.

Allen-McMillan graduated from Cornell University in 1991 with a bachelor’s degree in industrial and labor relations and later earned her master‘s degree in educational administration and a doctorate in education, leadership, management and policy at Seton Hall University.

Filling a vacuum: New Jersey has been without a permanent education commissioner since Repollet stepped down more than three months ago. Kevin Dehmer, previously the department’s chief financial officer, has been serving as commissioner in the interim.

If confirmed, Allen-McMillan will be taking over a strained department just as coronavirus cases are beginning to tick upward again and school districts are reevaluating their reopening plans.

Superintendents across the state and some lawmakers have been critical of the DOE’s handling of the pandemic, saying many of the administration’s guidance documents and attempts to aid districts have come “too late,”

With Allen-McMillan now named, the Murphy administration will likely be turning its focus to finding a permanent secretary of higher education to replace former Secretary Zakiya Smith Ellis, who transitioned into the front office as Chief